João Saraiva is an Auxiliar Professor at the Departmento de Informática,
Universidade do Minho, Braga, Portugal, and a researcher member of
HASLab/INESC TEC.He obtained a MSc degree from University do Minho in
1993 and a Ph.D. degree in Computer Science from Utrecht University in
1999. His main research contributions have been in the field of
programming languages design and implementation, program analysis and
transformation, and functional programming.

He supervised 4 PostDoc projects, 7 PhD projects (5 awarded and 3 running) and over 20 (Pos-Bologna) MSc thesis. He counts with over 60 international publications, he has served in over 50 program committees of international events, and in the evaluation committees of 5 research agencies: ANII (Uruguay), FRS-FNRS (Belgium), NWO (The Netherlands), FWF (Austria), and FCT (Portugal). Jácome Cunha is currently an Assistant Professor at Universidade NOVA de Lisboa, Department of Informatics, and an integrated member of the research center NOVA LINCS.

His research is mainly focused on Programming Languages (PLs) and Software Engineering (SE), where he try to improve the effectiveness, efficiency, and usability of software. He have contributed with such techniques for spreadsheets, and for improving software energy consumption.

He obtained my PhD degree in Computer Science from Universidade do Minho in 2011. He was then a post-doctoral fellow at Universidade do Minho and Oregon State University. He was also an Invited Professor at Escola Superior de Tecnologia e Gestão de Felgueiras – Instituto Politécnico do Porto.

His personal web page can be found at http://jacome.me. João Paulo Fernandes is currently an Assistant Professor at the Informatics Engineering Department of the University of Coimbra, Portugal.

In his research he pursues rigorous ways to reason about programming, which he has successfully been able to apply in the context of green computing, functional programming, spreadsheets, bidirectional transformations and software and language engineering, and in the context of several research projects such as SSaaPP, FATBIT and GreenSoftwareLab. Currently, he is also a member of the Center for Informatics and Systems of the University of Coimbra (CISUC) and of the Green Software Lab (greenlab).

He has graduated in Mathematics and Computer Science from  the University of Minho, in 2004 (best of class, with an average score of 17/20). Later, in March 2009, he received his Ph.D. degree from the same university, following his work on the Design, Implementation and Calculation of Circular Programs.

Rui Maranhão (publishes as Rui Abreu) graduated in Systems and Computer Engineering from University of Minho, Portugal, carrying out his graduation thesis project at Siemens S.A., Portugal. Between September 2002 and February 2003, Rui followed courses of the Software Technology Master Course at University of Utrecht, the Netherlands, as an Erasmus Exchage Student. He was an intern researcher at Philips Research Labs, the Netherlands, between October 2004 and June 2005.

He received his Ph.D. degree from the Delft University of Technology, the Netherlands, in November 2009, and he is currently an assistant professor at the Faculty of Engineering of University of Porto, Portugal. Rui Pereira is a Computer Science Post doc at the University of Minho. He received his MSc degree in Software Engineering and Business Intelligence in 2013, with his thesis “Querying for Model-Driven Spreadsheets” under the SpreadSheets as a Programming Paradigm (SSaaPP) project. He continued working on his MSc work, extending it further into other approaches, along with working on spreadsheet model quality, human-computer interaction, and software analysis and transformation.

He received his PH.D degree with the thesis entitled “Energyware Engineering: Techniques and Tools for Green Software Development” under the MAPi doctoral programme from the University of Minho, University of Aveiro, and University of Porto. He worked on reducing the energy consumption levels for software, by using source code analysis, transformation, and manipulation techniques. 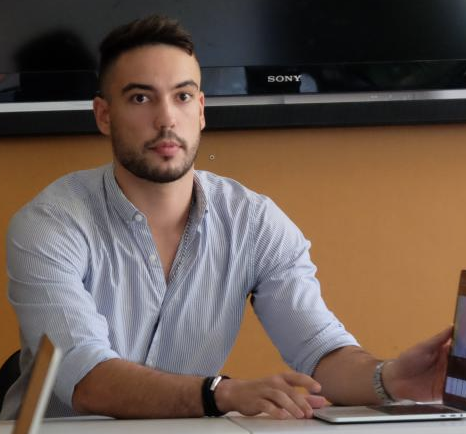 Rui Rua Rui is currently a PhD student of the MAP-i doctoral programme at the University of Minho. He received his MsC Degree from the same University in 2018, with the Thesis entitled “GreenSource:Repository tailored for Green Software Analysis”.
His research interests are mainly Mobile Software Analysis, Mining Software Repositories and Green Computing, being especially focused on the Android ecosystem. At the moment he is focused on building methodologies and tools to help both developers and scientific community evaluate source code performance on mobile platforms. Marco Couto completed is MsC degree in Informatics Engineering in 2014, with a thesis entitled “Monitoring Energy Consumption in Android Applications”, with a scholarship in a project called GreenSSCM – Green Software for Space Control Missions, at the University of Minho.

He is currently a PhD student in the MAP-i doctoral program. He is still working on the energy-aware software/green computing area, since his PhD thesis theme is “Energy-aware Software Product Lines”. Luis Cruz is a PhD Student at the University of Porto.
His research interests are mainly Green Software, Mobile Development, Machine Learning and Living Analytics.
He is currently trying to improve mobile development processes concerning energy consumption of smartphone applications.
Take a look at his website and don’t hesitate to contact him:https://luiscruz.github.io/ Orlando Belo is an Associate Professor, with Habilitation, in the Department of Informatics at University of Minho, Portugal.

He is also a member of the ALGORITMI R&D Centre, at the same university, working in Business Intelligence, with particular emphasis in areas such as Databases, Data Warehousing Systems, OLAP, Data Visualization, and Data Mining.

During the last few years he was involved with several projects in the decision support systems area designing and implementing computational platforms for specific applications, such as fraud detection and control in telecommunication systems, data quality evaluation, and ETL systems for industrial data warehousing systems. Miguel Guimarães completed his MsC degree in Informatics Engineering in 2014 and specialized in Business Intelligence and Software Engineering, with the thesis entitled “Generation of Skeletons for ETL System based on Coloured Petri Nets”. He is a PhD student at the University of Minho under the PDInf doctoral programme. Miguel joined the Green Software Lab in 2015 and is currently researching techniques and methodologies to reduce the energy consumption on Database Management Systems and Data Warehouse Systems.

Gilberto Melfe is a MSc student at University of Beira Interior. He received his BSc degree in Informatics Engineering from the same university in 2010.

He is currently preparing his master’s thesis on the subject of green-software computing, entitled “Energy Consumption of Functional Programs in the Context of Lazy Evaluation”. His main interest is software engineering in the context of functional programming (in Haskell).